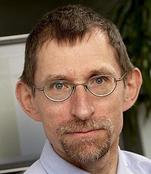 Tim Oates joined Cambridge Assessment in May 2006 to spearhead the rapidly growing Assessment Research and Development division. Prior to this position he was previously at the Qualifications and Curriculum Agency (QCA), where he had been Head of Research and Statistics for most of the last decade.

Work included advising on a pan-European 8-level qualifications framework. He has advised the UK Government for many years on both practical matters and assessment policy.

He started his career as a research officer at the University of Surrey. He moved to the FE Staff College in 1987 where he helped run the Work-Based Learning project. London University's Institute of Education then appointed him as NCVQ Research Fellow. In 1993 he joined one of the QCA's predecessor bodies, the National Council for Vocational Qualifications, as Head of GNVQ Research and Development.