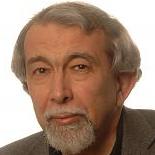 Director of Research and Professor Emeritus in the Department of Biochemistry, University of Cambridge

Professor Sir Tom Blundell completed his term of thirteen years as Sir William Dunn Professor of Biochemistry and Head of Department on 30th September 2009. He has been appointed Director of Research and Professor Emeritus in the Department of Biochemistry, University of Cambridge. He will continue to conduct research in structural and computational biology. In July 2009 he took up the post of Chair of the Biotechnology and Biological Sciences Research Council, a non-executive part-time appointment. His research is focused on structural biology, bioinformatics and drug discovery.

Tom Blundell has previously held positions in Oxford, Sussex and Birkbeck College. He is a member of Academia Europaea, Fellow of the Royal Society and Fellow of Academy of Medical Sciences. He has Honorary Doctorates from fifteen universities.

Tom Blundell has played active roles in national science policy: member of the advisory group to the Prime Minister (ACOST) in 1980s, founding CE of BBSRC (1994-1996), Chairman of the Royal Commission on Environmental Pollution, till 2005 and President of the UK Biosciences Federation till 2008. He co-founded Astex Therapeutics in 1999.