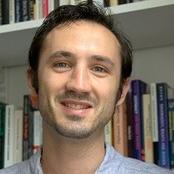 Dr Christopher Bickerton is a University Lecturer in politics in the Department of Politics and International Studies (Polis) at the University of Cambridge. His research interests span the disciplines of international relations, comparative European politics and European studies. His published work includes a co-edited volume on sovereignty in contemporary international relations, a book on the European Union’s foreign policy, and most recently a book on European integration as a process of state transformation.

He is currently working on the topic of state transformation in post-1945 Europe, from a comparative historical perspective. He is also working on two collaborative projects. One investigates, theoretically and empirically, the relationship between populism and technocracy in contemporary political life. A second is on the nature of post-Maastricht European integration and its implications for our understanding of states, institutions and interests in the process of European integration.

Dr Bickerton obtained his PhD from the University of Oxford in 2008 and since then has held teaching positions at Oxford, the University of Amsterdam and Sciences Po in Paris. Beyond academia, he is also a regular writer for Le Monde Diplomatique, has published articles in the New York Times, The Nation and The Guardian, and is co-editor of the political economy blog, The Current Moment. In 2011 he co-edited a special issue of the Journal of Common Market Studies on the topic of the EU’s common security and defence policy.