Chair at School of the Biological Sciences, University of Cambridge 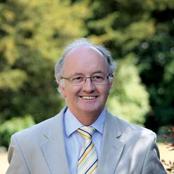 Professor Chris Gilligan is Head of the Epidemiology and Modelling Group in the Department of Plant Sciences. The main research focus of the group is the analysis of factors that influence and control the invasion, persistence and variability of plant diseases and other organisms.

His current experimental programme studies the spatial and temporal dynamics of both beneficial and pathogenic, soil-borne, micro-organisms, and uses these as model experimental microcosms of larger-scale systems in the field.

The applications of this research include

His group’s theoretical work uses a range of mathematical and statistical techniques to analyse plant disease epidemics, in particular linking theory with data from experiments and observational studies in order to test models that will be used to help in controlling epidemics.

While most of his work is focused on plant disease in agricultural, horticultural, plantation and natural environments, his theories extend to other systems. Topics for study include the control of plant disease to minimise risk of resistance breakdown; control of antibiotic and pesticide resistance for plant and animal diseases; spread of genetically modified crops; and invasion of new or recurrent animal and plant diseases.

In addition to his role at the University, Professor Gilligan is also President for the British Society of Plant Pathology and a Fellow of King’s College, Cambridge.