Professor of Social Psychology at University of Kent 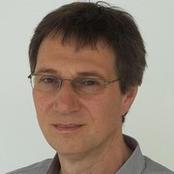 Director, Centre for the Study of Group Processes, University of Kent

Dominic Abrams is a Professor of Social Psychology and the Director of the Centre for the Study of Group Processes in the School of Psychology at the University of Kent. His research examines all aspects of relations between different social groups and the behaviour of groups in general. He has extensive experience in the areas of equality and human rights, prejudice, discrimination, social attitudes and social change across the life course. His expertise spans social and developmental psychology and gerontology and uses a wide range of methods, ranging from laboratory and field experiments to national and international surveys.

Dominic has worked closely both with the charitable sector (notably Age UK, the Anne Frank Trust, and People United), and with government departments (DWP, CLG) as well as with the Equality and Human Rights Commission to develop and evaluate interventions to reduce prejudice and discrimination. He has authored and coauthored over 200 papers and numerous books on groups, identity and social inclusion, and edits the Journal Group Processes and Intergroup Relations. He is a Fellow of several professional associations and recipient of the British Psychological Society’s Presidents’ award for distinguished contribution to psychology. He is the only psychologist outside America to have been elected president of Division 9 of the American Psychological Association (the Society for the Psychological Study of Social Issues), as well as being a recipient of its distinguished contribution award.

Dominic is a founding member of the Academy of Social Sciences, and one of his first acts was to chair the committee that drew together all of the different learned societies. More recently he was appointed Vice President for Social Sciences at the British Academy, where his role is similarly to be able to link with and draw on experts across the entire range of disciplines.