Harding Professor of Statistics in Public Life at Statistical Laboratory, University of Cambridge 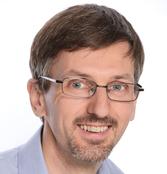 Sir John Aston is Harding Professor of Statistics in Public Life, University of Cambridge. He is based in the Statistical Laboratory, Department of Pure Maths and Mathematical Statistics, where he works in areas including medical imaging and official statistics. John is also the Co-Director of the Cambridge Mathematics of Information in Healthcare Hub (CMIH) and on the Management Board of the Cantab Capital Institute for the Mathematics of Information (CCIMI). He is a non-Executive Board Member of the UK Statistics Authority and from 2017-2020 was Chief Scientific Adviser to the Home Office. He was a founding director of the Alan Turing Institute.

Prior to taking up his position at Cambridge, John held academic positions at the University of Warwick and at Academia Sinica in Taiwan.

John was knighted in the 2021 Birthday Honours for services to statistics and public policymaking.