Senior Research Associate at Department of Engineering, University of Cambridge 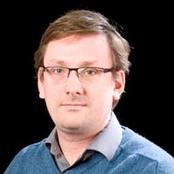 John Durrell is a Reader and a member of the Bulk Superconductivity Group, part of Division C (Mechanics, Materials and Design) . From October 2010 until September 2014 he was a Senior Research Associate in the group. He is a Fellow and Assistant Director of Studies for 1A Engineering at Pembroke College .

Previously John has held research positions at the University of Linz and the University of Cambridge. Most recently he held an EPSRC Advanced Research Fellowship in the Device Materials Group of the Materials Science Department. He was, until Summer 2013, Director of Studies in Natural Sciences (Physical), a Fellow and a Tutor at Hughes Hall.

John holds a PhD in Materials Science from the University of Cambridge and an MSci in Physics from Imperial College. He was educated at Yateley School and what is now Cheadle College.