Assistant Professor at Department of Politics and International Studies (POLIS), University of Cambridge 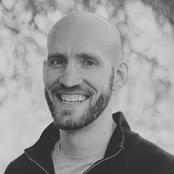 Dr Hauge’s research interests are in the areas of international political economy, economic development and industrialisation, technological change and digitalisation, and the role of the state in economic change.

He is currently working on a book, The Fate of the Factory: Manufacturing-led Growth in the 21st Century, under contract with Oxford University Press. The book investigates how industrialisation pathways are shaped by recent technological developments, new forces of globalisation, and the threat of ecological collapse.

While Dr Hauge’s work concerns economic development in the Global South as a whole, much of his work has focused and still focuses on Africa, in particular the political economy of development in Ethiopia. His recent research has been published in African Affairs, Development Policy Review, Geoforum, Third World Quarterly, and World Economy.

In addition to his academic research, Dr Hauge writes for media outlets such as The Guardian, The Conversation, International Politics and Society, and Africa is a Country. He also advises on policy issues for governments and international organisations, and has co-authored reports and essays for the UN Economic Commission for Africa, the UN Industrial Development Organisation, the World Economic Forum, and the UK Department for Business, Energy, and Industrial Strategy.

If you want to know more about his research, have a look at his Google Scholar profile, his personal website (www.josteinhauge.com), or follow him on Twitter (@haugejostein).