Professor of Criminal and Penal Justice at Faculty of Law, University of Cambridge 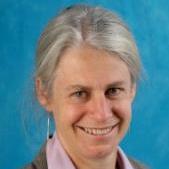 Nicola Padfield is the Director of the Cambridge Centre for Criminal Justice and a Professor of Criminal and Penal Justice. Her research interests span from substantive law, through procedure and evidence to sentencing, and what goes on in prison (and post-sentence enforcement generally). She is engaged in both ‘hard’ law and in socio-legal-criminological research, in England and in Europe. Her main research focus is sentencing law, especially into the law and practice of release from (and recall to) prison.

After her first degree at St Anne's College, Oxford, Professor Padfield came to Cambridge (Darwin College) to study for the Diploma in Criminology. Called to the Bar in 1978, she then spent a year at the University of Aix-Marseille. Since returning to Cambridge nearly 25 years ago, her teaching and research has covered a broad canvas in criminal law, sentencing and criminal justice more generally. Between 2002 and 2014 she sat as a Recorder (part-time judge) in the Crown Court. She is a Bencher of the Middle Temple and served as the University Advocate for several years. She is also the former Master of Fitzwilliam College Cambridge.