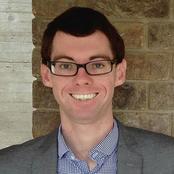 Dr Peter Sloman is a University Lecturer in British Politics the Department of Politics and International Studies at the University of Cambridge, and a Fellow of Churchill College. His research interests focus on British economic and social policy, party politics and electoral sociology, and Liberal political thought and its relationship with public policy.

Before joining POLIS in 2015 he spent ten years in Oxford, where he obtained his DPhil and held a junior research fellowship at New College. His first book, The Liberal Party and the Economy, 1929-1964 (Oxford, 2015) explored how British Liberals engaged with economic thought in the era of John Maynard Keynes and William Beveridge.

He has also published articles in Historical Research, Political Studies Review, and Contemporary British History and has contributed to the Oxford Dictionary of National Biography. Dr Sloman is currently working on the history of tax-benefit integration and its role in the transformation of the British welfare state from the Beveridge Report to Universal Credit.