Former President at Institution of Engineering and Technology (IET) 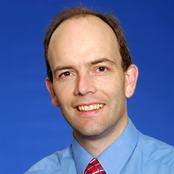 William is CEO of the Weightless SIG, the standards body developing a new global M2M technology. He is a Director at Webb Search, an independent consultancy, and Former President of the IET.

He was one of the founding directors of Neul, a company developing machine-to-machine technologies and networks, which was formed at the start of 2011. Prior to this William was a Director at Ofcom where he managed a team providing technical advice and performing research across all areas of Ofcom’s regulatory remit. He also led some of the major reviews conducted by Ofcom including the Spectrum Framework Review, the development of Spectrum Usage Rights and most recently cognitive or white space policy. Previously, William worked for a range of communications consultancies in the in the fields of hardware design, computer simulation, propagation modelling, spectrum management and strategy development. William also spent three years providing strategic management across Motorola’s entire communications portfolio, based in Chicago.

William has published 13 books, over 100 papers, and 18 patents. He is a Visiting Professor at Surrey and Southampton Universities, an Adjunct Professor at Trinity College Dublin, a Board member of Cambridge Wireless, other oversight Boards and a Fellow of the Royal Academy of Engineering, the IEEE and the IET. His biography is included in multiple “Who’s Who” publications around the world. William has a first class honours degree in electronics, a PhD and an MBA. He can be contacted at wwebb@theiet.org.