at former MP for Norwich South 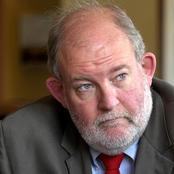 Charles Clarke is a British Labour Party politician, who was Member of Parliament (MP) for Norwich South from 1997 until 2010, a Junior Education Minister in 1998 and served as Home Secretary from 2004 until 2006.

In 1997-98 he was a member of the Treasury Select Committee, and then in July 1998 he became Parliamentary Under Secretary of State for School Standards. In July 1999 he was appointed Minister of State at the Home Office, with particular responsibility for the police.

After the 2001 General Election, he joined the cabinet as Labour Party Chair and Minister without portfolio.

He was appointed Secretary of State for Education and Skills in October 2002, and then in December 2004 Home Secretary, leaving the Home Office on 5 May 2006, returning to the backbenches.

In 2010, Charles Clarke was appointed Visiting Professor to the School of Political, Social and International Studies at the University of East Anglia.