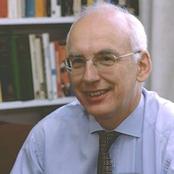 Professor Christopher Hill joined the University in October 2004 from the London School of Economics, where he was the Montague Burton Professor of International Relations from 1991 to 2004.

His research interests are Foreign Policy Analysis and the International Politics of Europe, with special reference to the foreign policies of Britain, France and Italy. He teaches in these areas, as well as general courses on International Relations, including Research Methods for doctoral students. He has written many scholarly articles and book chapters, as well as being author, joint author or editor of ten books including 'Cabinet Decisions on Foreign Policy’ and 'The Changing Politics of Foreign Policy' (also translated into Chinese and Farsi). His most recent book is 'International Relations and the European Union' (co-edited with Michael Smith, 2005).

Professor Hill was successively Vice-Chair and then Chair of the British International Studies Association between 1996- 2000. He has been an elected Council Member at the Royal Institute of International Affairs, and is a member of many editorial advisory boards including those of the Journal of Common Market Studies, the British Journal of Political Science and International Affairs. He was the Coordinator of FORNET, a foreign policy research network involving 25 European partners, under the auspices of the European Commission's Framework Programme V, and is currently Team Leader for the foreign policy section of EU-CONSENT, a similar network funded by Framework Programme VI. He leads the Cambridge team in MERCURY, a Framework Programme VII research network on multilateralism.

Professor Hill is a Fellow of Sidney Sussex College, where he is a Member of the Council. He also sits on the Council of the School of Humanities and Social Sciences, and on the University’s Research Policy Committee. He was a member of the RAE2008 national panel for Politics and International Relations. He became an Emeritus Professor at Cambridge following his retirement in 2016.