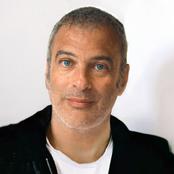 Dimitri Zenghelis is a Senior Visiting Fellow at the Grantham Research Institute at the LSE where, from 2013-2017, he was Head of Climate Policy. In 2014 he was Acting Chief Economist for the Global Commission on the Economy and Climate (a.k.a The New Climate Economy). He was recently Senior Economic Advisor to Cisco's long-term innovation group and an Associate Fellow at the Royal Institute of International Affairs, Chatham House. Previously, he headed the Stern Review Team at the Office of Climate Change, London, and was a lead author on the Stern Review on the Economics of Climate Change, commissioned by the then Chancellor Gordon Brown. Before working on climate change, Dimitri was at HM Treasury including four years as Head of Economic Forecasting where he provided regular briefings to the Chancellor Gordon Brown and Prime Minister Tony Blair. He currently advises the Mayor of London and the UK Committee on Climate Change.