Affliliated Lecturer at Faculty of Education, University of Cambridge 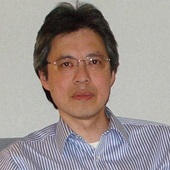 Henry Tam has over twenty years’ experience as policy advisor, programme director and political theorist in support of the development of inclusive communities. He has written extensively on the subject and led government initiatives on delivering wider democratic empowerment, promoting civil renewal, and improving community-based regeneration.

He is currently Director of Cambridge University’s Forum for Youth Participation & Democracy. Up until 2011, he was the UK Government’s Head of Race Equality, and Deputy Director at the Department for Communities & Local Government. He has also been Head of Civil Renewal at the Home Office where he devised the cross-government "Together We Can" action plan.

From 2000-2002 Henry was the Home Office’s Director for Community Safety & Regeneration in the East of England, responsible for developing and implementing Government policies on neighbourhood renewal and community safety in the region. He was formerly the Deputy Chief Executive at St Edmundsbury Borough Council where his work on democratic engagement with young people won a Best Practice Award from the Prime Minister in 1999. He is a Visiting Professor and Lifelong Learning at Birkbeck and a fellow of Globus Institute for Globalization and Sustainable Development in the Netherlands.