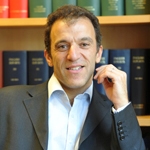 He has previously held visiting positions at the Universities of Texas and Melbourne. He has been involved in law reform projects for the World Bank, the European Commission, UNCTAD, UNECE and the EBRD, as well as for a number of individual states. Ian was awarded a Council of Europe Human Rights Fellowship (1987-88); was a seconded national expert to the European Commission DG-Industry (1995-96); Board Member and Trustee of the Internet Watch Foundation (2004-09); on the Executive Board of the UK Council for Child Internet Safety (2010-12) and is currently a member of the Press Complaints Commission. Ian is a solicitor and Of Counsel to Baker & McKenzie.