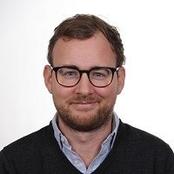 Trade Policy Advisor
Nicolas is an experienced policy advisor on international trade and the principal of International Trade Intelligence. He has worked with international organisations and national governments and provided expertise on the negotiation and implementation of multilateral and regional trade agreements.
Prior to his advisory work, Nicolas was a doctoral researcher at the University of Cambridge with a focus on Indian trade agreements. He holds an MPhil in International Relations from the University of Cambridge and studied politics, economics, and law at the University of Münster, Germany, and McGill University, Canada. Nicolas has worked on trade and development at the United Nations in Geneva, at the European Commission in Brussels, at the German Bundestag in Berlin, and at the German Corporation for International Cooperation in Lilongwe.
.