Professor of Economic Geography at Department of Geography, University of Cambridge 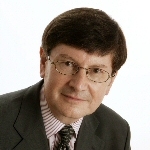 Professor of Economic Geography, Department of Geography, University of Cambridge

The Geographies of Work
This strand of his research focuses on wage and employment dynamics in urban labour markets as well as local unemployment problems, trade union decline, work in the 'new economy' and the local impact of workfare schemes.

The Geographies of Financial Systems
Over recent years, Dr Martin has played a key role in the development of a new economic geography of money. His research under this theme covers global financial centres, venture capital markets, and the role of finance in regional economic development.

Regional Economic Development
Ron’s research in this area explores the meaning, nature and significance of regional and urban competitive advantage; the geographies of the so-called 'New Economy', and why this latest phase in capitalist development is emanating from some places rather than others; and the scope and limits of the concept of 'clusters' for understanding uneven regional development.

Geography and Public Policy
Dr Martin’s maintains a firm belief that academic geography should have a public policy relevance, where possible. A current interest is in the spatialities of income inequality and poverty. He also researches how national state policies impact at the local and regional level, and the subnational implications of the ongoing neoliberalisation of state policies.

In addition to his role within the Department of Geography, Ron is also a Fellow of Cambridge-MIT Institute, Research Associate of the Centre for Business Research and a Professorial Fellow of St Catharine’s College, Cambridge. He has been an Academician of the Academy of Social Sciences since 2001 and was elected a Fellow of the British Academy in 2005.