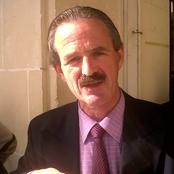 Dr Andrew Chaplin is a Risk Researcher in the Centre for Risk Studies, within the Judge Business School at the University of Cambridge. He is also a Non-Resident Senior Member of King's College, Cambridge. He has Eurozone central government and central bank economic, fiscal and monetary policy formation advisory experience under financial crisis conditions and is member of a private international government advisory expert network. He has advised a pre-EU accession candidate sovereign on economic reform policy.

His doctorate is in econometric modelling from the University of Cambridge, where he was member of the Cambridge Growth Project. He holds a masters degree in economics from Oxford University, where he was member of the Governing Body and Investment Committee of Wolfson College, and he has early career private banking and non- executive board director experience. During the Thatcher Administration he was Economic Adviser to the Cabinet Office Policy Unit for regulatory reform and deregulation policy. He has held a Mediterranean university econometrics lectureship and supervised for the University of Cambridge's Economics Tripos. He currently works with the Policy Fellows Programme at the Centre for Science and Policy, University of Cambridge Judge Business School, and his current research interests include central bank response to international crises.