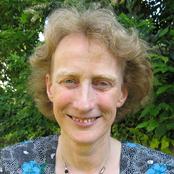 Dame Athene Margaret Donald DBE FRS is the Master of Churchill College and a Professor of Experimental Physics at the University of Cambridge. Her major domain of study is soft matter physics, particularly its applications to living organisms and the relationship between structure and other properties.

She has chaired many committees within Cambridge and beyond and has served on University Council (2009-14) and as the University Gender Equality Champion (2010-14). As well as various prizes from the IOP and Royal Society, she won the 2009 L'Oreal/Unesco Laureate for Europe award.

She is a member of the Advisory Council of the Campaign for Science and Engineering and was appointed Dame Commander of the Order of the British Empire (DBE) in the 2010 Queen's Birthday Honours.