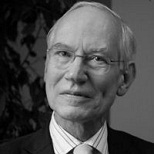 David Newbery is Vice Chairman of Cambridge Economic Policy Associates and is an occasional consultant to the World Bank. His research interests include liberalization, privatisation, competition and regulation in network industries; road pricing and the costs of traffic; reform of tax and policy in transition economies.

David's work was recognised in the Queen's Birthday Honours List in 2012 by the award of the CBE. He is a Fellow of the British Academy and a member of the Academic Panel of DEFRA, and has been a member of the Competition Commission and chairman of the Dutch electricity Market Surveillance Committee.