Professor of Media, Culture and Environment at Department of Sociology, University of Cambridge 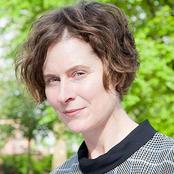 Professor of Media, Culture and Environment, Department of Sociology, University of Cambridge

Professor Jennifer Gabrys is a leading scholar addressing a number of crucial interfaces that are reshaping both society and the discipline, including the relationships between digital technology, citizen data, and emergent forms of political engagement. Since 2013 she has been the Principal Investigator on the ERC-funded project ‘Citizen Sense’ -- a pioneering investigation into the public engagement with environmental sensing technologies and citizen-data generation in both urban and rural locations in the US and the UK. The findings and outputs from this innovative work comprise one of the most detailed bodies of sociological research ever assembled analysing the relationship between citizen sensing, citizen data and environmental change, especially in relation to air pollution. As such, the study is a major contribution to our understanding not only of digital societies, but also to the core premise of the Anthropocene, namely that the very forces reshaping the planet must now be seen as sociological, political and technological. Gabrys has been awarded an ERC Proof of Concept grant, ‘AirKit’ (2018-2019), to further develop Citizen Sense research. The Citizen Sense project has also received multiple awards, including the John Ziman award for public engagement in science and technology awarded by the European Association for the Study of Science and Technology (EASST) in 2018.

Program Earth: Environmental Sensing Technology and the Making of a Computational Planet (2016, University of Minnesota Press) is Gabrys’s most recent monograph, in which she asks how the proliferation of sensing technologies (which now outnumber human beings) changes our relationship to the planet we inhabit. What forms of environmental participation become possible when sensor data joins up a myriad computations of air quality, water levels, temperature change and weather patterns, as well as data from river flows, animal migrations and robotic dogs that ‘sniff’ their environments? Gabrys’s central argument is that environments are becoming computational, which has consequences for how citizen engagement is practiced, and how social worlds are formed.

In this way, Gabrys’s work combines insights from social theory and science and technology studies with environmental sociology and the study of digital technologies to address questions about new social and political formations and identities. Influenced by the work of Whitehead, Stengers, Foucault and Haraway, among others, her work opens up a whole new chapter in the study of ‘the medium as the message’ and of the role of ‘mediating technologies’ in creating new environments and social practices. She is currently completing a monograph, Citizens of Worlds, and a pamphlet, How to Do Things with Sensors, which document and analyse her most recent research with Citizen Sense by investigating theories and practices of citizenship, action and engagement with digital technologies.