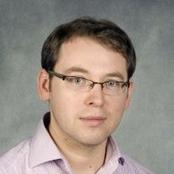 Dr Krzysztof Koziol is the Head of the Electric Carbon Nanomaterials Research Group. His current research is in the area of synthesis and applications of substrate-bound and gas-phase-grown carbon nanotubes, with a particular focus on chirality control of carbon nanotubes.

In addition, he is exploring two methods of making carbon nanotube fibres; the first is based on direct and continuous spinning from carbon nanotube aerogel, where up to 70 meters per minute of fibres can be achieved. These fibres show exceptional mechanical properties – a combination of strength, stiffness and toughness - but also very high electrical and thermal conductivity. The second method is based on spinning Carbon Nanotube fibres from liquid crystalline dispersion of well defined structures of carbon nanotubes.

During his previous research projects, he developed various methods for the synthesis, purification, chemical modification and fabrication of highly aligned nanotubes and polymer composites. In addition he discovered a new synthesis route which solves the problem of the chirality control challenges of carbon nanotubes. Using this process he has been able to synthesise armchair or zigzag type nanotubes.

His other current research interests include