Director at Cambridge Centre for Housing and Planning Research 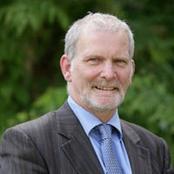 Professor Michael Oxley took up the post of Director of CCHPR on 1st January 2014, succeeding Peter Williams. He was previously Professor of Housing at De Montfort University and a Visiting fellow at Delft University of Technology.

After a lectureship in Economics at Reading University, he joined De Montfort in 1974, becoming Director of the Centre for Comparative Housing Research in 1995. He moved to Nottingham Trent University in 1999 to head the Centre for Residential Development before returning to De Montfort in 2005. Mike has an extensive publication list including his book Economics, Planning and Housing, published by Palgrave in 2004 and strong track record in funded research including the ESRC.