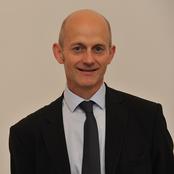 Philip was also Second Permanent Secretary, Head of UK Governance Group in the Cabinet Office, with responsibility for constitutional and devolution issues, from June 2015 until March 2019.

Previous roles have mainly been in government, including:

Philip also spent time on secondment from government with Scottish & Newcastle plc and in the Cabinet of Vice-President Leon Brittan in the European Commission.