Director at Leverhulme Centre for the Future of Intelligence (CFI) 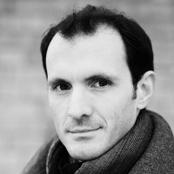 Director, Leverhulme Centre for the Future of Intelligence

Dr Stephen Cave is Director of the Leverhulme Centre for the Future of Intelligence, Senior Research Associate in the Faculty of Philosophy, and Fellow of Hughes Hall, all at the University of Cambridge.

Stephen earned a PhD in philosophy from Cambridge, then joined the British Foreign Office, where he served as a policy advisor and diplomat, working on international treaty negotiations. He has subsequently written and spoken on a wide range of philosophical and scientific subjects, including in the New York Times, The Atlantic, and on television and radio around the world. His research interests currently focus on the nature, portrayal and governance of AI.