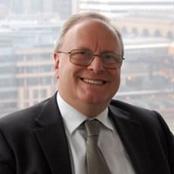 Steve is working as an advisor on a variety of projects. Some are for the UK Government (advising on the procurement of an Emergency Services Network, and 5G test-beds). Some are for tech companies in the private sector.

Steve is also an Affiliate Researcher at the Bennett Institute for Public Policy, University of Cambridge.

Steve was until recently a Board member of Ofcom, the UK regulator responsible for digital communications. He had various responsibilities, including setting regulatory strategy for the UK, representing Ofcom internationally, and leading Ofcom’s research programmes in both technology and economics. Before becoming a regulator he spent several years in the private sector, working with technology start-ups developing new digital technologies.

Steve joined Ofcom’s predecessor Oftel in 2001 as Head of Network Analysis, subsequently becoming Ofcom’s Competition Policy Director (in 2003), CTO (in 2009) and Group Director for Strategy, Chief Economist and Technology (in 2010), adding his international responsibilities in 2012.

Prior to this he worked in industry – for two technology start-ups, both of whom designed and operated their own communications networks, and as a consultant advising a variety of other companies on the commercial application of new wireless technologies. Steve has a PhD in Radio Astrophysics from the University of Manchester (1984) and an MA in Physics from the University of Cambridge (1981).