Emeritus Professor of Environment and Policy at Department of Geography, University of Cambridge 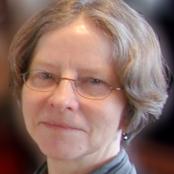 Emeritus Professor of Environment and Policy, Department of Geography, University of Cambridge and Fellow Emerita of Newnham College

Professor Susan Owens OBE, FAcSS, FBA has researched and published widely in the field of environmental governance. She was head of the Department of Geography at the University of Cambridge. Her current projects are concerned with relations between science and politics, and with the role of argument, evidence, ideas and advice in policy formation and change. She has undertaken an extended study of the role and influence of the Royal Commission on Environmental Pollution, which advised UK governments for over forty years. She has also worked on interpretations of sustainable development in theory and practice, particularly in the context of land use and environmental planning. She has supervised many PhD students on environmental and science–policy topics.

Susan was appointed an OBE in 1998 and was a recipient of the Royal Geographical Society's 'Back' Award in 2000. For the academic year 2008-09 she was the King Carl XVI Gustaf Professor of Environmental Science, hosted by Stockholm University's Resilience Centre and the Royal Institute of Technology (KTH), Stockholm. She was elected a Fellow of the British Academy in 2011 and received an Honorary Doctorate from KTH in 2012.

Susan is a member of the Science Advisory Council for the Department of Environment, Food and Rural Affairs (Defra) and chairs one of its sub-groups, the Social Science Expert Group.

She is also a member of the Evidence Advisory Committee of Natural Resources Wales, chairs the Science Advisory Council of the Stockholm Environment Institute, sits on the Royal Academy of Engineering National Environmental Policy Centre (NEPC) Net Zero Working Group, and chairs the Project Advisory Group for the five-year ESRC-funded programme, Advancing Capacity for Climate and Environment Social Science (ACCESS).