Professor of Science and Technology Policy Studies at University of Sussex 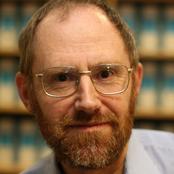 "With science policy becoming ever more important to our future, the establishment of CSaP is extremely timely. It is uniquely positioned to bring together leading scientists, policy-makers, entrepreneurs and others to consider how more effective policies for science, technology and innovation can be developed and implemented. I look forward to working with CSaP in pursuit of this goal."

He has carried out research for over 30 years in the field of science policy. In the earliest work with John Irvine, he helped to establish techniques for the evaluation of scientific laboratories and of research programmes. A second area in which he has made an impact is empirical comparisons of national scientific performance and in particular work on the relative decline of British science. A third contribution was to produce the first truly comparable international statistics on government funding of academic and related research. The fourth area of activity has been the collaborative work with John Irvine which pioneered the notion of ‘foresight’ as a tool for looking into the longer-term future of science and technology with the aim of identifying areas of strategic research and emerging generic technologies likely to yield the greatest economic or social benefits. He led the SPRU team that produced the influential review for HM Treasury on the benefits from government funding of basic research. More recently, he has carried out research on the changing nature and role of the university, on the impact of the Research Assessment Exercise (RAE), and on the evolution of the field of science policy and innovation studies.

He was awarded the Derek de Solla Price Medal for Science Studies in 1997.

He has supervised 20 doctoral students to successful completion, and is currently supervising around 10 more. Each year, he also supervises around four MSc dissertations. In previous years, he has taught a range of courses at Masters and undergraduate level.

He was a member of the Steering Group for the UK Foresight Programme from 1993 to 2000. From 2001 to 2004, he was a member of the Technical Opportunities Panel (TOP) of EPSRC. In 2004-05, he served as Deputy Chair of the EU High-Level Expert Group advising the European Commission on the potential benefits of establishing a European Research Council. In 2008-09, he was Chair of the international panel set up by ESF, DFG, ESRC, NWO and ANR to review the possibilities for creating a bibliometric database for the social sciences and humanities. In 2009-10, he was a member of the Royal Society ‘Fruits of Curiosity’ Advisory Group on the economic and social value of science and the long-term direction of UK research policy and investment, and he also served as Specialist Advisor to the House of Lords Science and Technology Committee.

He has published seven books, eight monographs and official government reports, and approximately 50 journal articles, and produced 170 other reports and papers.

He was invited to give the Second Distinguished Lecture at CSaP on 3 March 2010: 'Science Policy Research – Can Research Influence Policy? How? And Does It Make for Better Policy?