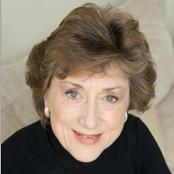 Dame Carol is Expert Adviser on Health and Work to NHS England and Public Health England and, until recently, was Principal of Newnham College Cambridge. She chairs the board of Think Ahead, the Government’s fast-stream training programme for Mental Health Social Workers and is a member of Rand Europe’s Council of Advisers, the Strategy Board for the Defence National Rehabilitation Centre, and the Advisory Board of Step up to Serve.

As Principal of Newnham, Dame Carol was on several committees in Cambridge University: the Equality and Diversity Committee, the Advisory Board of the Centre for Science and Public Policy, and the Strategic Working Group on Access and Participation. She was a Deputy Vice-Chancellor, patron of the Women’s Leadership Centre in the Judge Business School, and a member of the University’s Leadership Network.

She has compiled three independent reviews for the UK Government: of the health of the working-age population in 2008 as National Director for Health and Work; of sickness absence in Britain in 2011 as co-chair; and of employment outcomes of addiction to drugs or alcohol, or obesity, in 2016.

Dame Carol is a past-President of the Royal College of Physicians, of the Academy of Medical Royal Colleges, and of the British Lung Foundation, and past-Chair of the Nuffield Trust for health policy. The Centre she established at the Royal Free Hospital in London is internationally renowned for research and treatment of connective tissue diseases such as scleroderma. She has been a Trustee of the National Portrait Gallery.