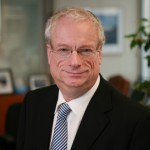 Lord Smith obtained a First Class degree in English from Pembroke College as an undergraduate, and he stayed on there to do his PhD on Romantic poetry. During his time at Cambridge he served as President of the Union Society. He then spent a year at Harvard as a Kennedy Scholar.

He is interested in culture and the arts, the environment, international affairs, rural affairs, and politics and government.