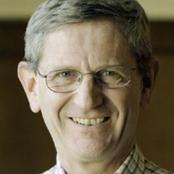 Dr David Secher is the Junior Bursar at Trinity College. He was previously the Senior Bursar at Gonville and Caius College, Cambridge. He also advises universities and governments on knowledge transfer and intellectual property, in the UK and abroad. His current research interests include technology transfer and intellectual property, and development of new treatments for cancer.

Between 1980-2005 Dr Secher was a College Lecturer in Cell Biology at Caius, and he was a Tutor for Graduate Students from 1992 to 2000. He spent 5 years as Director of Research Services for the University of Cambridge (2000-2005), and he then became the Chief Executive of N8 Research Partnership (2006-2008). He is a director of, and angel investor in, a cybersecurity company.

He co-founded Praxis Courses (the international technology transfer training programme), and served as its Chairman for 6 years, before serving 2 years as Chairman, PraxisUnico (2009-10).

In 2007 Dr Secher won the Queen's Award for Enterprise Promotion.