University Associate Professor in Tax Law at Faculty of Law, University of Cambridge 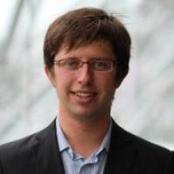 Dr Dominic de Cogan is a University Associate Professor in Tax Law, in the Faculty of Law at the University of Cambridge. He is also a Fellow of Christ's College. He was previously a Leverhulme funded Early Career Research Fellow at Birmingham Law School (to 2014), a PhD candidate at Downing College, Cambridge (to 2011) and a Tax Consultant for PricewaterhouseCoopers in Cambridge, Birmingham and London (to 2008).

His research interests centre on the interactions between taxation, public finance and public law, especially as they play out over extended periods of time. In his recent work he has examined systematic inconsistencies in the application of taxing statutes, and has also tried to understand the relative absence of robust legal and historical analysis within tax reform processes. Dr de Cogan has lectured Equity law since starting in Birmingham in 2011 and also has teaching experience in Administrative Law, Constitutional Law and Businesses Law. Outside work, he is a keen amateur musician and father.