Vice-Chancellor at University of Bath 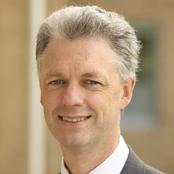 Professor Ian White's was appointed Vice-Chancellor of the University of Bath in 2019. Previous to this he was serving as the van Eck Professor of Engineering, a Deputy Vice-Chancellor, and the Master of Jesus College.

Professor White is the recipient of the Blumlein-Browne-Willans Prize from The Institution of Electrical Engineers and the Ambrose Fleming Premium Award. He was elected to Master of Jesus College, Cambridge in 2011, and is the former Chair of CSaP's Executive Committee.

As a Fellow of the Royal Academy of Engineering, of the Institution of Engineering and Technology and of the Institute of Electrical and Electronics Engineers, Professor White has been heavily involved in policy development and administration of research and sits on a number of International Conference Committees.