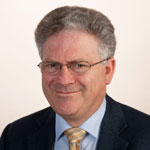 Professor Jeremy Sanders is a Professor in the Department of Chemistry at the University of Chemistry. Professor Sanders' research interests focus on molecular recognition, aiming to uncover and exploit the rules governing non-covalent interactions. His research into fundamental aspects of molecular behaviour has been recognised by the Royal Society, which elected him as a Fellow in 1995 and awarded him the Davy Medal in 2009.

Professor Jeremy Sanders FRS was the Pro-Vice-Chancellor for Institutional Affairs at the University of Cambridge, a quasi-ministerial role with much influence but little executive authority in this devolved and democratic institution. He is responsible for policy and strategy in the areas of human resources, environment, relationships with the local community and public engagement, North West Cambridge development, and sport. He is also a Professor of Chemistry and a Fellow of Selwyn College. He was previously Head of the Department of Chemistry and Head of the School of Physical Sciences. He also led the University's 800th Anniversary celebrations in 2009.

He obtained his B.Sc. in Chemistry at Imperial College, London, and then moved to Cambridge to work for his PhD. After a postdoctoral year in Stanford, California, he was appointed in 1973 to a junior academic position in Chemistry back in Cambridge. He was promoted through the ranks, becoming a Professor in 1996. He was Head of Chemistry from 2000–6, and Head (=Dean) of the School of Physical Sciences 2009–11.