Visiting Research Fellow at Centre for Science and Policy, University of Cambridge 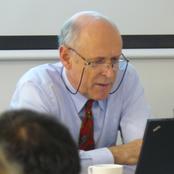 Until December 2012, Miles Parker was Defra's Director of Science and Deputy Chief Scientific Adviser. He was formerly Director in the international office of the OST. He is a marine scientist with long-standing connections to MAFF, Defra and Cefas. He was awarded the OBE in the New Year's Honours List 2013.

"Government tends to be very wary of Rumsfeld’s third challenge (unknown unknowns) but forgets his unstated fourth – unknown knowns, i.e. the things other people know about but we don’t (and don’t know what questions to ask). Cambridge is supremely well positioned to help Government become aware of emerging issues but needs itself to develop the skills to catch the attention of policy makers, which are not simply about telling but also about listening and understanding. CSAP is just the right initiative to make a difference in this communication."