Lecturer in Nuclear Energy at Department of Engineering, University of Cambridge 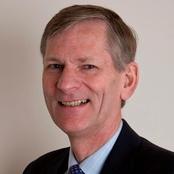 Following a degree in engineering at Cambridge, Mr Tony Roulstone was trained as an officer in the British Army and served in Germany and Northern Ireland, before leaving to join the UKAEA working on fast reactor developments at Dounreay in the North of Scotland.

He then spent 20 years with Rolls-Royce. Initially, this was as an engineer in nuclear submarine propulsion and later as the Engineering Director, at the time when the new nuclear reactor for the Vanguard class of submarines was being tested, produced and delivered.

Moving to the Aerospace section of Rolls-Royce in 1990, he led the engineering teams responsible for all the engine controls systems of their civil and military engines. During this time these systems moved from being largely mechanical in nature to being computer controlled and software based.

In the mid 1990s, he became MD of the nuclear group of companies and ran and developed the group for 5 years. This group included businesses that served both civil and military nuclear programmes mainly in the UK as well as broader combustion boilers and specialist mechanical equipment world-wide.

For the final period in Rolls-Royce, he led an ambitious business efficiency and change programme for the whole company covering aerospace and industrial power groups located both in the UK, US and around the world. For the last 10 years, he has been working as an independent business consultant for large international companies in the areas of strategy, business change and the management of large programmes.

As the UK has re-discovered the merits of nuclear energy over recent years, he has been doing more consulting in the nuclear sector. During the last six months, he has worked with members of the University of Cambridge to construct and promote a new taught masters course (MPhil) in Nuclear Energy. The course aims to train a new generation of engineers, scientists and managers for the emerging nuclear renaissance in the UK and around the world,

The course will be located in the Department of Engineering but run in conjunction with, and with the support of the Departments of Materials Science & Metallurgy, Physics and Earth Sciences and the Judge Business School.

He is now the inaugural Course Director for the MPhil in Nuclear Energy.