Professor of Clinical Neuropsychology at Department of Psychiatry, University of Cambridge 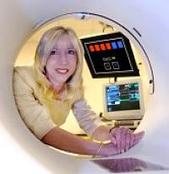 Professor of Clinical Neuropsychology, Department of Psychiatry, University of Cambridge

Professor Sahakian's research is aimed at understanding the neural basis of cognitive, emotional and behavioural dysfunction in order to develop more effective pharmacological and psychological treatments. The focus of her lab is on early detection, differential diagnosis and proof of concept studies using cognitive enhancing drugs. This research utilises neuropsychological tests, such as the CANTAB tests, which she co-invented and a focus remains on the development of novel tests.

See here for Barbara's the article written for Sir John Beddington, former Government Chief Scientific Adviser, on the subject of achieving brain health for a flourishing society within the next decade.