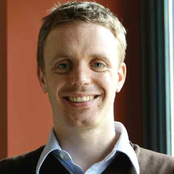 Dr Chris Tyler was Director of POST from 2012 to 2017, having spent the previous two years as CSaP's first Executive Director. In 2017 he became Deputy Head of Department at UCL's Department of Science, Technology, Engineering and Public Policy.

Chris has previously been a science adviser to the House of Commons Science and Technology Select Committee and also worked at Sense About Science. Chris has a degree in Anthropology from the University of Durham, a PhD in Biological Anthropology from the University of Cambridge and sits on the Board of the Campaign for Science and Engineering (CaSE)."