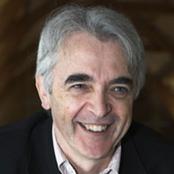 David Good is a psychologist who has broad interests in human interaction and the consequences which follow for the individuals involved, personally, practically and socially. He teaches in the Department of Social & Developmental Psychology and is a Life Fellow of King’s College.

Until his recent retirement from the role, David was also co-Director for Research for the University of Cambridge Global Challenges Initiative, the University's Strategic Research Initiative for the Sustainable Development Goals. His academic experiences to date combined with his experience of user-centred design leaves him well-placed to support the work of the Initiative. Success in positively impacting the lives of world’s poorest 3 billion people will depend on identifying research agendas which deliver for the academy and the users via interdisciplinary collaboration oriented to the needs of civil society. David’s motivation to contributing to the Sustainable Development Goals through the participation in the Global Challenges SRI is shown by his role as a mentor for CAPREX and as an Advisory Board member for Cambridge in Africa. In 2009, he also began a collaboration with Sharath Srinivasan which lead to the creation of the Africa’s Voices project and the Foundation of the same name where he is a Trustee. He contributes to the Engineering for Sustainable Development MPhil.