Bennett Professor of Public Policy at Department of Politics and International Studies (POLIS), University of Cambridge 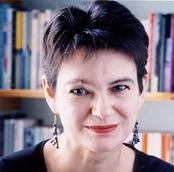 Diane Coyle joined the Department of Politics and International Studies as the inaugural Bennett Professor of Public Policy in March 2018. She is an economist and a former advisor to the UK Treasury, and Vice-Chairman of the BBC Trust, the governing body of the British Broadcasting Corporation. She was also a member of the UK Competition Commission until its termination in April 2014.

Diane was an economist at the UK Treasury from 1985 to 1986, and later became the European Editor of Investors Chronicle between 1993 and 2001 and economics editor of The Independent. She has written a series of books focused on educating people about different aspects of economics.

Diane is Managing Director of Enlightenment Economics, an economic consultancy to large corporate clients and international organisations specialising in new technologies and globalisation, and a Visiting Professor at the University of Manchester's Institute for Political and Economic Governance.

Diane was appointed Officer of the Order of the British Empire (OBE) in the 2009 New Year Honours for services to economics.