Professor of the Mathematics of Systems at Statistical Laboratory, University of Cambridge 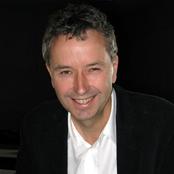 Professor of the Mathematics of Systems, Statistical Laboratory, University of Cambridge

Frank Kelly is Professor of the Mathematics of Systems in the University of Cambridge, and former Master of Christ's College. His main research interests are in random processes, networks and optimization. He is especially interested in applications to the design and control of networks and to the understanding of self-regulation in large-scale systems.

Frank Kelly was elected a Fellow of the Royal Society in 1989, and a Foreign Member of the National Academy of Engineering in 2012. His awards include: Guy Medal in Silver of the Royal Statistical Society (1989); Lanchester Prize of the Institute for Operations Research and the Management Sciences (1991); Naylor Prize of the London Mathematical Society (1997); IEEE Koji Kobayashi Computers and Communications Award (2005); John von Neumann Theory Prize of INFORMS (2008); SIGMETRICS Achievement Award (2009); Gold Medal of the Association of European Operational Research Societies (2010). He was appointed Commander of the Order of the British Empire (CBE) for services to mathematics in the 2013 New Year's Honour List.

He has served on the Scientific Board of HP's Basic Research Institute in Mathematical Sciences, the Scientific Council of EURANDOM, the Conseil Scientifique of France Telecom, and the Council of the Royal Society. He spent the academic year 2001-2 as a visiting professor at Stanford University. From 2003 to 2006 he served as Chief Scientific Adviser to the United Kingdom's Department for Transport. He is a member of the RAND Europe Council of Advisors, and has recently served as chair of the Council for the Mathematical Sciences. He was previously a member of CSaP's Executive Committee.