at University of Cambridge 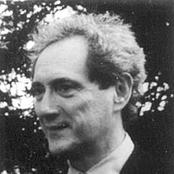 Reader in European Studies, Department of Politics and International Studies, University of Cambridge

Dr Geoffrey Edwards is Reader in European Studies in the Centre for International Studies and holds a Jean Monnet chair in Political Science. He has held research posts at the Foreign and Commonwealth Office and a number of other institutions including the Federal Trust and Chatham House. His research specialises in the European Union, its institutions and its foreign and security policies.