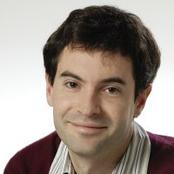 Jason Sharman is the Sir Patrick Sheehy Professor of International Relations at the Department of Politics and International Studies, University of Cambridge. His research interests focus on international corruption, money laundering and tax havens.

Jason has conducted extensive consultancy work for organisations including the World Bank, Asian Development Bank, Commonwealth, Pacific Island Forum and Financial Action Task Force on Money Laundering. He has also undertaken policy research on international financial regulation for a variety of private sector groups. Jason's research has been taken as evidence by the US Senate and the UK National Crime Agency, and he has served as an expert witness in asset recovery trials involving $2.4 billion stolen from the governments of the Ukraine and Kenya.