Professor of Communications Systems at Department of Computer Science and Technology, University of Cambridge 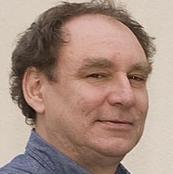 Jon Crowcroft is the Marconi Professor of Networked Systems in the Computer Laboratory, of the University of Cambridge. Prior to that he was professor of networked systems at UCL in the Computer Science Department. He has supervised over 45 PhD students and over 150 Masters students.

For Jon's own summary of his experience in meeting Policy Fellows, see here.