Director of Research at The Woolf Institute 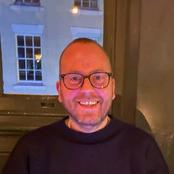 Julian Hargreaves joined the Woolf Institute in January 2017 after completing a two-year post as a Research Associate in the HRH Prince Alwaleed Bin Talal Centre of Islamic Studies, University of Cambridge.

Julian holds an MRes (Distinction) in Criminology and a PhD in Applied Social Science, both from Lancaster University. His main research interests are: British Muslim communities; issues around anti-Muslim discrimination and hate crime; relations between Muslim communities and the state; and community responses to radicalisation and extremism. These interests are pursued using mixed research methods and evidence-based approaches that include the analysis of large-scale social survey statistics alongside the use of interviews and focus groups.

Julian’s recent work has been published in the British Journal of Criminology and Ethnic and Racial Studies and presented to the Royal Statistical Society.

As part of his work at the Woolf Institute, Julian teaches on the MPhil in Asian and Middle Eastern Studies (specialisation: Muslim-Jewish Relations) together with Deputy Director Dr Shana Cohen and Research Director Dr Esther-Miriam Wagner.