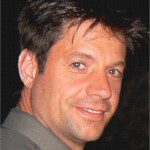 Michael is an experienced entrepreneur and innovator with key skills in research and development, engineering and manufacturing. He has strong project and team management skills and is highly motivated to deliver an end product.

Michael was co-inventor of the Compact Mixed Reactant fuel cell and co-founder of CMR Fuel Cells plc. Under the founder’s management, CMR was elected ‘Innovators of the year 2005’ by the Carbon Trust and Daily Telegraph, ‘One of the top 25 companies to change the World by 2010’ by RedHerring and Harvard Business School and ‘Technology Pioneers 2006’ by the World Economic Forum.