Professor and Head of Theory of Condensed Matter at Department of Physics, University of Cambridge 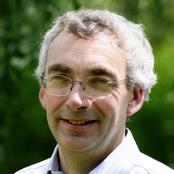 Professor and Head of Theory of Condensed Matter, Department of Physics, University of Cambridge

Professor Mike Payne is currently Head of TCM, has worked on first principles total energy calculations since 1985. He was awarded the 1996 Maxwell Medal and Prize by the Institute of Physics and gave the 1998 Mott Lecture. He is responsible for many of the technical developments that have led to the widespread adoption of the total energy pseudopotential technique and has pioneered the application of this technique to a wide range of scientific problems from physics, chemistry, materials science, earth sciences and, most recently, biology.

Mike’s research is the basis of CASTEP, a software tool which uses quantum mechanics to allow designers to predict the properties of materials, and which has achieved $30 million in sales. CASTEP enables researchers to determine what the most stable structure of a new material would be, what its surfaces will look like, and how the bulk and the surface will behave when exposed to different chemicals, by using the principles of quantum mechanics to describe phenomena at the atomic level.. The tool is widely used in the oil and gas, chemical and semiconductor manufacturing industries, where it can be used to enhance the efficiency of processes, and help identify the origin of failures in devices and products.