Affiliated Lecturer at Department of Politics and International Studies (POLIS), University of Cambridge 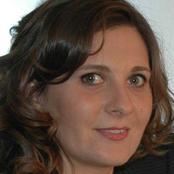 After studying EU Politics and migration policies at Cambridge and at the ULB, Sara Silvestri became interested in the contested meaning and multifaceted roles of religion in international relations, with particular attention to Islam and the Euro-Mediterranean region. Located at the intersection between IR, Politics, and Sociology, her research publications and teaching are concerned with how religious identities, symbols and political theologies impact global governance; the way faith-based networks, social movements, and secular international institutions relate to each other; and the evolution of public policies responding to the challenges of migration, multiculturalism, Islamism, and terrorism.

Dr Silvestri is based between London, where she holds a Senior lectureship in International Politics at City University, and Cambridge, where she undertook her PhD (at St John’s College) and ESRC Post-Doc. In Cambridge she is currently Director of Studies in HSPS at St Edmund’s College and a Research Associate with the Von Hügel Institute. In the past she held visiting positions at the Cambridge Muslim College and the University of Bristol, and a Marie Curie Fellowship in Paris.

Sara serves as an advisor to the EuroMed Anna Lindh Foundation in Alexandria and in the experts group of the UN Alliance of Civilizations. In 2006-07 she coordinated the Islam in Europe programme for the European Policy Centre (Brussels) and was an Associate Fellow with Chatham House. She has also worked for the European Commission (President’s Cabinet) and has been a research consultant to various bodies including the British Council and the British Government.

Dr Silvestri has been involved in several successful collaborative grants and international research networks. In July 2013 she received, together with Prof.P.Mandaville, a British Council/Luce Foundation award to address the role of Religion in British, European, and US Foreign Policy. Other individual and collaborative projects (funded by ESRC, ESF, KBF, European Commission, and NORFACE) have addressed counterterrorism and Irish and Muslim minorities in Britain; Muslim women in Europe; patterns of radicalisation; and various aspects of the nexus migration /integration /marginalisation.