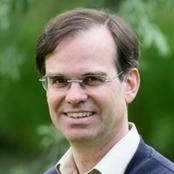 Head of Department and Professor of High Energy Physics, Department of Physics, University of Cambridge

Andy Parker is a Professor of High Energy Physics (and since 2013, Head of Department) at Cambridge University, with over 100 publications on aspects of particle physics. His current research interests involve experiments to reveal new physics such as extra space dimensions, quantum-sized black holes, and supersymmetry. He is a founder of the ATLAS experiment for the Large Hadron Collider, and for 6 years he was the project leader for the ATLAS Inner Detector. He was awarded the Pilkington Prize for excellence in teaching in 1997.

As Director of eScience at the Centre for Scientific Computing, Centre, he was responsible for grid computing initiatives across the University, including projects in life sciences, earth sciences, medicine, physics, chemistry and engineering, all requiring the sharing of large computational and data resources.
Professor Parker is a member of the High Energy Physics Research Group.